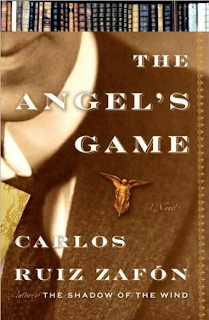 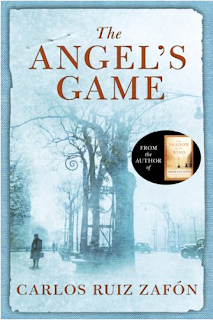 Aka: The 2010 Readathon - Yes, that's right. Armed with giftcards to Indigo, Chapters (yes I know, they are the same ...) Borders and living so close to John R. in Detroit, I will embark on a journey of reading chaos! In law school - yes, I am slightly crazy. It happens.

So, a little bit more about this whole shebang - and note that I am in Corporations class right now, not ideal to the continuity of things ... Anyways, moving on ...

I will read - read like a madwoman on speed - and see how many books in 2010 I can start and finish and comment about. Then I will review them here. Then, in 2011 - I will try and beat the record. Sounds simple right? So, in 2000 I did something similar - I read the equivalent of 6 books a month. That was in highschool though - who pays attention in those classes, right? Anyways - I am aiming for one a week! Wish me luck!

Also, I have been told I must mention that LH (oh, yes, you know who you are munchkin) wants me to eat my museli yogurt off his back during our lunch break today. Yeah I know - sexy, right?

lol.
LH is great.
He also told me to read "The Dungeon" by ... he can't remember. It is allegedly sad, though.

And now, for the first post of 2010:
The Angel's Game by Carlos Ruiz Zafon

So - a little background: this is the prequel to "Shadow of the Wind", a Spanish book about a bookseller's son and well ... let's leave it at that for now. So "The Angel's Game" is about an author, David Martin, and his life in Barcelona. It seems all normal and such - he has a welathy best friend who writes books for a living, he has a crush on this friend's chaffeur's daughter and he is very good friends with his sometimes-mentor, the owner of a bookstore. But as desires and responsibilities rise, David is approached by a mysterious stranger, Corelli, who offers him the oppostuniry to be the great author he knows he can be.

This is a very small, very brief summary that leaves much to be desired, but basically - just when everything is going right - chaos! Mad chaos!

I highly recommend this book.
In true Southern European fashion (My people ;)) Zafon constructs a story that takes a life of itself so that David's madness becomes the reader's and his sacrifices becomes a loss on the part of the reader so succinctly that the end of the story brings a fresh new torment. Madness, deceit, desires that leap off the page - these are Zafon's calling cards. He writes a story behind a silk screen so that the reader is taken into the story half asleep, lulled by the promise of opportunity and balance, fairness and success, and then rudely awakened by the zap of the real stopry - the one only hinted at throughout the first part of the book. There is mystery and death and betrayal, so much so, that in the end you imagine David standing - the lone survivor in a bloody field of people.

But, in the vein of religious writers and critics, David is not what we would readily consider a true survivor. And that, my friends, is the magic of it - this exquisite torment was so beautifully crafted that you want to applaud and cry at the same time.

Again, I highly recommend this. It was amazing.
My grandmother is going to bring me back the whole series in Portuguese when she comes back from Portugal in the summer! Can't wait to read it again in a language much closer to the original (I will read the Spanish one eventually).

Anyways - that is my first post.
Enjoyed? Think I should give up? Applause? Anyone?
:)

Now back to class I go!
Next book: Undead and Unemployed (Queen Betsy #1) by Mary Janice Davidson.

Email ThisBlogThis!Share to TwitterShare to FacebookShare to Pinterest
Labels: The Count